If you have YouTube TV or have used it in the past, tell us about your experience!

If you’re considering YouTubeTV, here are 4 things to know before you sign up. 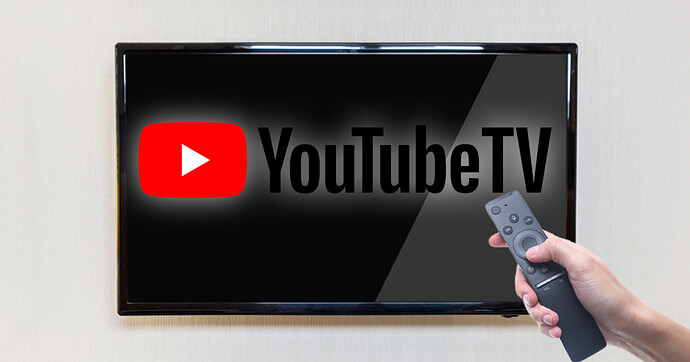 A couple of clarifications might be in order.
To sign up for the free trial REQUIRES giving credit card information. I was billed $64 immediately, and had to contact customer service about getting the free two weeks - which they applied AFTER I paid for a month … so much for the “trial” part of ‘free trial’.
You Tube TV is a Google service, and when you sign up, your credit card is added to the Google Pay system, whether you wanted that to happen or not (I did not). One MUST have a Google account in order to subscribe.

Yes, you can get premium channels via the YouTubeTV app, but the YouTube TV app does not stream in surround sound (as of 2/5/2022). There are many other articles out there about this, and supposedly they were working on an audio upgrade via new codecs, but all I get is two channel audio. Yes, I have checked for app updates. So, one would be better off getting their premium content via an app that offers surround sound.

How did you contact customer service? This same thing has hsppened to me and I can’t find a link to talk to anybody.

A couple of clarifications might be in order.
To sign up for the free trial REQUIRES giving credit card information. I was billed $64 immediately, and had to contact customer service about getting the free two weeks - which they applied AFTER I paid for a month … so much for the “trial” part of ‘free trial’.

I was on Comcast Cable.
I had no problems with the YouTube TV 2 week trial. They did ask for a CC but did not charge it.

However 2 weeks was not enough time for us to become comfortable with a potential change. We paid a month in Parallel with Comcast before canceling Comcast. I had been paying Comcast $220 a month plus $12 a month for TiVo.

Most of the savings came from the Box rentals from Comcast.
BTW, we already had Roku for the Amazon Prime and the regular YouTube.

I thought the 6 weeks of trial was worth it so we would have no regrets.

How did you contact customer service. I haven’t been able to get anyone.

I signed up a few weeks ago. Three problems I’m trying to get over:

Other than that the channels are great and the ability to watch on numerous devices is a plus.

We’ve subscribed to youTube TV for around 5 years I think. A couple of years before that we ditched Direct TV satellite and tried Hulu Live which suited us well and saved bundles compared to Direct. While still streaming Hulu we tried the youTube trial and were impressed with its much friendlier user interface, at least for us. youTube also offered a couple of regional TV network stations that Hulu didn’t. We’re more than satisfied with the dependability and the channel selection, although like everyone else we’d be more grateful to have an option to chose just 15 to 20 channels at a reduced monthly fee. There are many we never even consider watching.

I agree wholheartedly. That music drives me nuts and there’s way too much of it!! ( MSNBS commercial break deal) We are also having issues " holding" . It will either take the show forward or sometimes back to the beginning. One other issue, if we stop the show to see something for a few seconds etc, it blackens the screen so we cant! Very irritating!
Does anyone know how to get help, a human at YT-TV?

Does anyone know how to get help, a human at YT-TV?

There are no humans at YT/TV, it’s completely robotically developed and managed.

My wife is better at this than me, but we seem to have pretty good luck with starting from beginning, or going live and then moving the progress bar back the start of near the start. When the commercial breaks come on you can fast forward through them. This works most consistently if you’ve put the program in question in your library.

Use the “Library” option at the top of the YT screen, find your channel and program and add it to the list of programs to be recorded. I don’t know how many programs you can choose to record, but it’s a pretty generous amount.

I don’t know how many programs you can choose to record, but it’s a pretty generous amount.

It is unlimited… deleted after 9 months.