We have two cars with what I consider pretty advanced technology in them. I’m going through an updating process with one of them that I think may cause some problems with many owners.

This update is a user responsibility supported by online help using real people. But it requires that the user download a program which will generate a set of data which is automatically written to a USB drive or an SD chip. Then the USB or or SD chip is inserted into the car’s console and the system is updated using a 5-step sequence while the car’s engine is running. I think quite a few folks will find the process challenging. 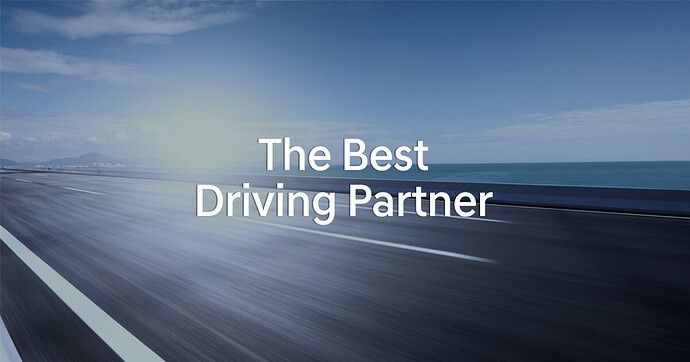 Find out how to update your Hyundai Motors navigation

Our 2022 Volvo EV has a similar system with similar capabilities, but the updates have all been automatically downloaded and just require a user acknowledgement before the updates self-install. It’s pretty seamless.

And on a recent family member’s birthday, while driving to a celebratory dinner, on a whim, I asked the car to sing “Happy Birthday to (child’s name,)” which, to my surprise, it did! … even using the child’s name in the song lyrics.

Technology is great…but its constantly evolving. There is a reason that you are no longer using a Palm Pilot and that your Laser Discs are worthless. It is a little surprising that Hyundai chose 2G in 2017…

It is a little surprising that Hyundai chose 2G in 2017…

I don’t know much about cellular protocols. But it looks like they used 2G up until 2016 on some models and 3G until as late as 2018 models.

Here’s what Hyundai said about it:
" On January 1, 2023, Aeris Communications, the wireless service provider enabling the use of the Hyundai Bluelink devices in certain 2012-2016 vehicles, will discontinue 2G network service."

Bluelink services will be discontinued for certain 2012-2019 vehicles

At 80 it doesn’t take much to entertain me, driving is a lot of entertainment at my age…

I have a Forester with the Push Button start.
The “Pocket Fob” has a slide in key.
When the Battery died, the key was too hard for me to turn… thought it was broken.
Googled the problem… some angel posted that it was very difficult to grip and turn… I used a pair of pliers… it worked but I was home.

Don’t always have pliers with me.

Other than that, I like it along with Blind side Monitoring (Big deal for geezers) etc.

Starting to look for a new vehicle, as I have said before, me and technology are not friends. Seems all new vehicles are trying to one up the competition on adding technology. Not impressed. I view every bit of added tech as something else that can go wrong and I probably can’t fix. As a side note, I just sold one of my older trucks for about 25% more than I paid for it 9 years ago.

I understand… My wife is still not comfortable with Roku and Cordless. I ask if she wants to return to cable NO!!

I bought the same Cell Phone, TV and Sound System as my son has. Help is a phone call away.

I use to buy the same cell phone, camera (remember them) for my wife as I … 2 of everything… so I could help as needed. Now I mimic my son.

===
That said, with my more limited range of motion, I really appreciate the Blind side Monitoring and Back Up camera.

We have an Outback going on 9 years old that still has features and controls that are unused or mystifying to us. It runs like new, a battery replacement at around 5 years, and regular oil and filter changes. It’s only been back to the dealer once and that was a no-charge recall to replace the passenger-side airbag mechanism.

Diesel fuel releases 22.44 pounds of CO2 per gallon into the atmosphere. Since 2020 you’ve released 368 tons of CO2 driving your pickup truck.

That’s going to be the case for most any vehicle that someone keeps for a long time, especially with the high gas prices the last couple of years. But think about how much they have saved in vehicle payments and depreciation by keeping the same vehicle.

Technology is one reason why car prices have gone up and up. Yes the stuff can be nice, but a lot of people can’t afford basic transportation to get to work.

Worse is the cost of repairs. No longer can the shade tree mechanic tune up a rough running or disabled car — it requires computer analytics and repairs often require a new computer board (usually in the $800-1000 range) with no secondary market competition.

Oh, and each board controls several things, so if one part malfunctions, you got to buy the whole thing.

For the wealthy, tech can be great — for the struggling, it keeps them out of the game.

Technology is one reason why car prices have gone up and up. Yes the stuff can be nice, but a lot of people can’t afford basic transportation to get to work.

You may be overlooking the fact that technology plays an important role as the great equalizer in human societies. While your observations about affordability of the latest technological innovations by lower-income Americans are accurate, your argument does not give due credit to the overall importance of technology for the good it brings to all members of our society.

Technology is an amplifier of human work. That work may be manual or it may be cognitive but technology is the great equalizer. The first automobiles were beyond the budget of most people when they were first introduced, but most people today use them as an integral part of their daily lives.

Your objections appear to relate more to the pain of change than your perceived disadvantages of new technology. If you want to see the effects brought about by technology, and lack of it, just look at the countries in Africa.

Update on the Hyundai Update:
I completed the update successfully 1st try, it was similar to applying a major release to a PC’s Win OS.

Update on the Hyundai Update:
I completed the update successfully 1st try, it was similar to applying a major release to a PC’s Win OS.

I guess there is no way to upgrade the embedded 2G device to 4G ?

I once saw a casino’s Keno machine with the BSOD (Blue Screen Of Death). It used a version of Windows. I wonder what the BSOD looks like in a vehicle? Perhaps the windshield turns blue?

Want to get an update done without you having to do it? Just tell the guy from Car Warranty that you will ‘renew’ your warranty with him if he can update your softare first

(By the way, those calls should have drastically been reduced of late as the FTC caught them).

Worse is the cost of repairs. No longer can the shade tree mechanic tune up a rough running or disabled car — it requires computer analytics and repairs often require a new computer board (usually in the $800-1000 range) with no secondary market competition.

Oh, and each board controls several things, so if one part malfunctions, you got to buy the whole thing.

I first heard this complaint thirty years ago from my dad. Yet, I’ve had no trouble (as a fairly handy person, but by no means a mechanic) keeping cars running during that time, mostly on my own. Sometimes I take them in to my local shop if it’s something I can’t or don’t want to do. Sometimes they send me to the dealer if it’s something they can’t do. Not a huge problem. I don’t know of anyone who’s ever had to replace a computer, but I’ve personally had multiple cars that needed engine or transmission rebuilds or replacements. Those are more expensive than the elusive $800-$1000 computer board replacement (in fact, the engine issues led to junking the car both times they happened to me).

Between message boards and videos, I have a much better chance at diagnosing and repairing automotive problems myself than I would have twenty years ago. I’m usually better than my mechanic at diagnosing the really odd ones.

Back to the original topic: my 2013 Hyundai would probably need the same update OP just did, if I wanted to use BlueLink. I haven’t used it since the original free subscription ran out though, so I probably won’t bother. I wouldn’t have even known it needed an update had it not been for this thread.

Starting to look for a new vehicle, as I have said before, me and technology are not friends.

Electronic systems are inherently more maintenance-free than their electro-mechanical counterparts. That is especially true of generations after the first couple. Remember all the problems with mechanical distributors, ignition coils, points, etc…? Much of that stuff has all been replaced with solid-state components. Gas carburetors with manual chokes have been replaced with computer-controlled fuel injection either direct or TBI.

Don’t disagree with any of the above. Difference is when the old mechanical systems had a problem, you could often get it running with a screwdriver and pair of pliers. When the new electronic systems have a problem, you usually need a least a voltmeter and code reader. I keep a code reader in the dash. Just because you may determine the problem, doesn’t mean you can fix it with basic tools.