I consider the decision to be relevant to this forum since Clark Howard brought up generators in a recent episode of The Clark Howard Show. People might want to check out this article: 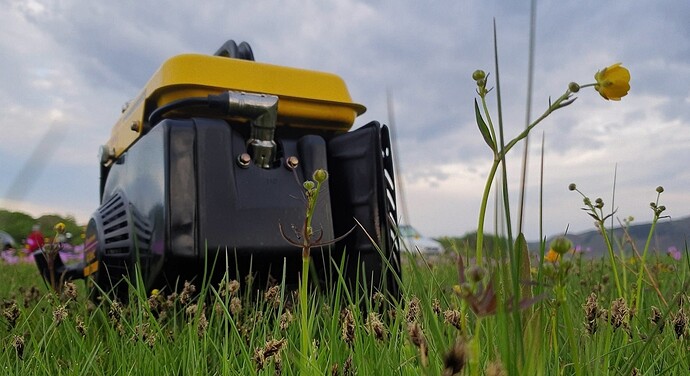 Why You May Want To Get a Home Generator

The summer season is expected to be hotter than normal across much of the United States. Here's what you may need to beat the heat.

I’m not sure what your point is here…

The California ban starting in 2028 is for portable gasoline generators.
The article talks about home generators, unless I missed something.

I live in California and own both. I would never use a gas generator for my house, not least because gasoline is $7 a gallon where I live.
Home generators around here run on propane.

What are you warning us about?

Dozens of people died in Texas from CO poisoning due to portable gasoline generators during 2021 Freeze and also Hurricanes Harvey and Ike, so I think there is a safety angle there. Taken altogether maybe hundreds. It’s amazing to me, but the ability of people to Not Read The F****** Manual (RTFM) is pretty astonishing.

It seems to me that the CA ban has more to do with air quality than it does with home safety.

A lot of homes in Alaska have natural gas powered home generators. Many of those are designed to automatically kick in when the pole power fails.

Using a portable gasoline-powered generator as an emergency home system backup is fraught with risks. Many require the use of a double-male power cord plugged into the gen set and the house. Also, if the house is does not have a main breaker isolation switch you have the added problem of feeding back into the power grid and creating the real risk of people working on the line of being injured.

Totally correct… and in some cases those deaths were people in trailers next to the generator… not even the generator owner.

However I’m pretty sure California is doing this for air quality.

Now the Mexican drug crtel will have another product to sell.

CARB (California Air Resources Board) is an unelected dictatorship affecting all 50 states since Feds & Many states adopt their regulations. The problem is, much of their ruing isn’t based on reality or is purely political and often radical. To give you an idea of the crony corruption, they cost consumers hundreds to thousands over their smog check program, but when big oil refineries blow up (sometimes killing workers) and mass pollute their fines have been shockingly low like $5,000 in one example in the SF Bay.

Thank You for that information. I was looking for a house unit that Clark spoke about. Regards, Mark.

As a retired manager of a mfg plant with lots of glue, paint, sand blasting, etc., I had to deal with CARB all the time, perhaps the most frustrating of agencies.

After getting approvals for our new paint booth from the FD, EPA, Fish & Game [long story] CARB did not like the seals at the bottoms of the doors. “Not good enough,” they said. So, at considerable expense, I had them add a second set of seals. “Not good enough”. What is the problem? “We find your base metal has trace amounts of borium.” [less that 3%] “What if a few beads of that material manages to get beyond the double seals? And what if a bird should pick up some of those beads and then fly into the back yard where some little girl is playing? And what if…”

At this time I had to turn around so he could not see me laughing.

Every paint booth in Cal has one set of set seals, and now ours had three.