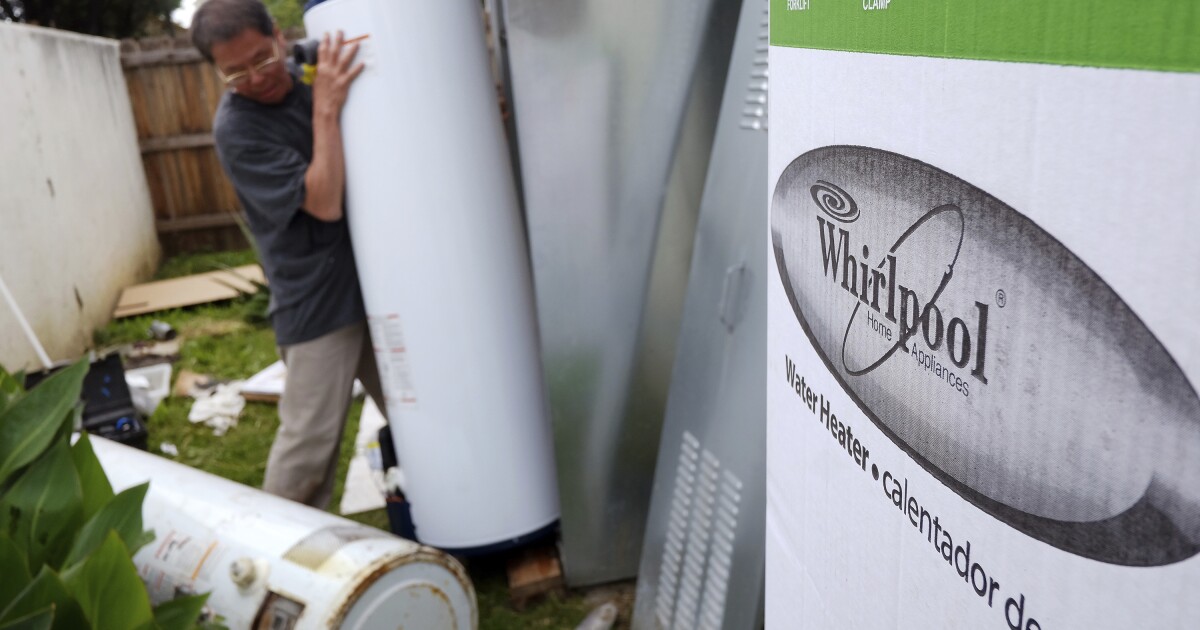 Regulators in California intend to ban the sale of new natural gas space heaters and water heaters beginning in 2030, adding to a trend of jurisdictions around the country cracking down on fossil fuel-fired appliances in pursuit of slowing climate...

My state Hawaii has not banned gas appliances yet (and I don’t know if that is in our future). However, we are well on our way to using 100$ renewable energy by 2045. We are in a unique location and position.

WIKIPEDIA: Energy in Hawaii is a mixture of fossil fuel and renewable resources. It is complicated by the state’s isolated location and lack of fossil fuel resources. The state relies heavily on imports of petroleum for power. Renewable energy production is increasing. Hawaii has the highest share of petroleum use in the United States, with about 62% of electricity coming from oil in 2017. As of 2016, 26.6% of electricity was from renewable sources, including solar, wind, hydro and geothermal. By 2021 Hawaiian Electric (which supplies 95% of electricity through the state) announced that it had reached 34.5% renewable. Hawaii has the highest electricity prices in the United States. As of 2016 the average cost of electricity was $0.24 per kilowatt-hour, followed by Alaska at $0.19. The U.S. average was $0.10.

About a third of our imported oil came from Russia, however that changed just before Biden issued the national ban. Of course our imported oil is extra expensive due to the Jones Act ( The Jones Act, officially the Merchant Marine Act of 1920 is, fundamentally, a protectionist measure. It requires ships bringing goods between U.S. ports to have been built and owned by Americans and run with U.S. crews.).

So we take advantage of thing like wind, wave, some geothermal and of course solar to produce power; trying to limit fossil fuels along the way. We don’t use a lot of natural gas because it would require us to put pipe underground and Hawaii is primarily rock (and lots of it). We do use Propane for lots of things such as cooking, some heating and other uses as is common on the mainland. Because of our weather it is more common for people to have a barbecue unit I think. Of all the places I have lived on the mainland, I think when I moved here was the first time I ever had a barbecue.

Unlike the other 49 states, Hawaii cannot be linked to neighboring states (or countries) electrical grid so we must either import fuel or create it ourselves. Each island is a county so we have multiple electric companys/co-ops. We have no underground oil but do have a bit of geothermal. Due to cultural reasons many people are not thrilled with the idea of using the volcano heat to generate power.

So because the cost of our generated electric is expensive and that we are reducing the need to import costly fuel, I think we are financially encouraged to change over rather than just banning certain appliances.

What are some challenges? Taking electric from one island to another is difficult. We do have underwater cables for communications but we also rely upon terrestrial links. That is because of the very deep ocean floor (20,000 feet not far from the shore). The channel between my island and Maui is the most dangerous in the world. We also don’t want to string lines just under the surface due to marine life and our yearly whale visitors.

We do have an abundance of sunlight which makes it easier to use solar. Some islands also have locations suitable for windmills. The idea to use ocean waves is also interesting.

One way we are encouraged to become more efficient is the sale of LED bulbs. Costco prices show the discounts on their price cards where the cost of bulbs might be offset by a built-in rebate of perhaps 80% from the power company.

While the 48 states have similar issues and perhaps ability to restrict certain fuels and types of appliances, however keep in mind that there are always corner cases and in this case, it involves a whole state.

I thought that you might appreciate knowing of how some exceptions are being addressed.