There’s a proposal to ban gas stoves. Because they aren’t vented like other natural gas appliances they potentially harm indoor air quality. How many minutes a day does the average household run their cooktop or oven? A lot of days it’s zero. I bet average over a year it’s less than 30 minutes per day. How much harm could this possibly cause? 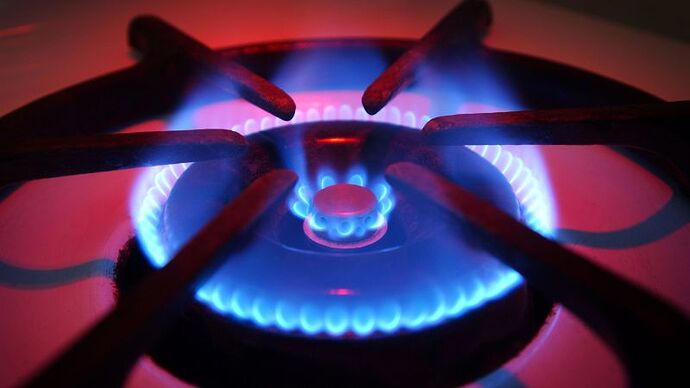 A federal agency is considering a ban on gas stoves, a source of indoor pollution linked to childhood asthma.

Indoor air is typically worse than outdoor air with all the off gasing, etc…and with modern homes being built a lot tighter, the need for air exchange in a home is growing.

Older home leak like a sieve, but with spray foam and better building guidelines, getting fresh air into homes is more of a challenge for the HVAC design. The V in HVAC stands for Ventilation…but you need a good HVAC contractor to properly design systems.

Seems every day we hear about reducing the use of Fossil Fuels.

Does this make sense?

Indoor air is typically worse than outdoor air with all the off gasing, etc…and with modern homes being built a lot tighter, the need for air exchange in a home is growing.

In homes that are very tight, like in Alaska & Canada where they have 5-star+ rated homes they often install a Heat Recovery Ventilation System, (HRV)
https://www.vanee.ca/en/home.html

Now why would we do that?

It will be increased over time as electric cars become more commonplace. It doesn’t have to happen overnight. 10 years, 20 years, 30 years…

I would agree if we did not already have Summer Blackouts!

Because they aren’t vented like other natural gas appliances they potentially harm indoor air quality.

Okay, so change the code to require appropriate venting. Gas is a much better heat source for cooking, baking, roasting, etc. than electric.

Of course there is: See “Projected electric power sector capacity in the United States from 2021 to 2050.”

I find this interesting. Seems like only 10 years ago Utilities were subsidizing insulating existing homes.

The reason then was that it was cheaper to subsidize reduced usage than to build more generating capacity,

So will there be exceptions for those of us who have their windows open 24 hours a day, 365 and 1/4 days a year? Yeah, those of us whose electric rate is the highest in the county?

Somehow I think not.

Considering where you live Lavarock, it shouldn’t be a problem for you when they shut off your gas. Just ask a Polynesian friend to show you how to put down an imu, (aka umu)…

When I give tours at the Painted Church here, I point at the windows and tell them that they serve 3 purposes: lighting, heating and cooling. The walls are single wall construction and don’t have insulation because it holds moisture, can house bugs or vermin.

Back in Georgia, I either had the air conditioner or heat pump on. The windows were almost ceiling to floor with no roof overhand and thus I could not leave them open because of rain coming in. My gas bill was horrible. Houss in the development were lined up to fill as much space as possible without regard to prevailing wind patterns which could help regulate temperature. The trees were all pine and no thought by the builders to remove them and add shade trees where they would help.

It seems that in many places, heating and cooling is an afterthought. I believe electricity can be a good replacement for gas if the cost is less. Both natural gas and electricty delivery to a neighborhood can be costly both for the production and transmission. Some areas are setting up community solar farms. Here we are going to be energy independant sooner than every other state. We are trying to eliminate the need to import oil. We are using or investigating using wave power, solar, geo-thermal, wind, trash burning and so on. Many roofs here have solar panels.

We have a geo-thermal plant which used heat from lava to generate steam. Many people don’t want that because their culture is that Madam Pele is the goddess of the volcano and creator of the islands. The volcanos are sacred.

One issue we have here with fuel oil is that it has to be imported. We also have issues with importing it. Hawaii also receives crude oil shipments from Alaska. The two local refineries supply much of Hawaii’s demand for petroleum products, but the state also imports some refined petroleum products, including jet fuel, propane, and low-sulfur diesel fuel, from Asia, the Caribbean, and South America. Any item (fuel or not) which comes to Hawaii is covered under the Jones Act. The Jones Act is a federal law that regulates commerce in the United States. The Jones Act requires goods shipped between U.S. ports to be transported on ships that are built, owned, and operated by United States citizens or permanent residents. That also increase costs. We can’t transmit electricty between islands for various reasons. Many people are against windmills here because we have more endangered birds here. Two-thirds of Hawaiian native avian diversity — 95 species — has disappeared since human settlement of the islands 1,600 or more years ago, earning the state its grim label as “the bird extinction capital of the world. ”The danger to Hawaiian birds, however, is not a thing of the past: Twenty-six of the islands’ surviving 38 native birds are listed under the, and three of these have not been seen for decades and are likely extinct.

So I guess my point is that any restriction on the use of any type of energy production can raise prices at least in the short term until viable forms are created and implemented.

One issue we have here with fuel oil is that it has to be imported.

They have the same problem in most of Oceania. The Cook Islands started an initiative over 10 years ago. Many of the outer islands are up and running 100% with solar power. Most of them kept their diesel plants for backup.

Renewable energy in the Cook Islands

Renewable energy in the Cook Islands is primarily provided by solar energy and biomass. Since 2011 the Cook Islands has embarked on a programme of renewable energy development to improve its energy security and reduce greenhouse gas emissions, with an initial goal of reaching 50% renewable electricity by 2015, and 100% by 2020. The programme has been assisted by the governments of Japan, Australia, and New Zealand, and the Asian Development Bank. Funding to provide solar panels with battery bac...

Call me crazy, but I’d bet there’s a lot more to this than indoor air quality!

Everything politicians say in public, have “another” agenda.

We moved on from wood fired stoves quite a long time ago. Given normal progress I would think moving beyond gas wouldn’t be much different.

I’ve lived in more apartments and houses in more states than I can count in the last 40 years or so and not a single one of them had a gas stove. Have never found that to be a problem.

For us, natural gas is cheaper than electric. However we use 40% less electric on average than the mainland. The average monthly energy bill in Hawaii is $321, or a whopping $3,856 a year. The state’s cost for electricity is $168 and natural gas is $152. The numbers don’t equal $321 due to rounding. Gas comes from other places, electricity doesn’t.

Of couse even if we were to switch completely to solar and wind, we would still need to generate power externally somehow, pwerhaps by keeping some fuel burning plants.

We almost used a nucleur sub to supply power after Hurricane Iniki but the interconnection to the islands grid would have been too challanging. But could we have a nucleur plant here? NO for a couple of reasons. Tsunamis, hurricanes, lava flows and public safety. There is no way we could evacuate if there were an accident. Ililani Media: Powering Hawaii with Nuclear Submarines and Small Nuclear Reactors