Should I Cash-In My Bitcoins on NFTs, Now?

Not that I understand much about either… and few really do I suspect. 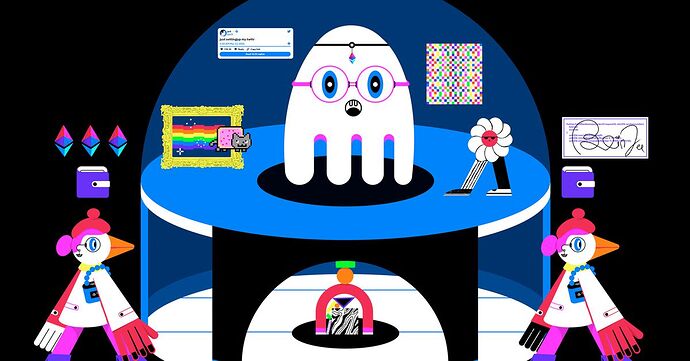 People are spending millions on NFTs. What? Why?

So you bought Bitcoins and NFTs, and you don’t understand them?

Not that I understand much about either… and few really do I suspect.

Perception is reality… and the perception that cyber currency has value is like stacking one questionable perception upon another and thinking the resulting combination of nothing combined with nothing is something. It is not. The reality is that it is nothing, it’s even less than past pseudo-valued things like tulip bulbs and ostrich eggs.

The perceived value of cyber currency is usually expressed in dollars, why is that? Think about it…

So you bought Bitcoins and NFTs, and you don’t understand them?

Comment was sorta tongue in cheek, I bought neither… they wouldn’t take my Confederate currency.

Comment was sorta tongue in cheek, I bought neither… they wouldn’t take my Confederate currency.

Do you mean your Peoples Republic of New York Bonds?

The sad thing is, I’d bet there are people out there who bought crypto or NFTs and didn’t understand them.

I am not convinced that Bitcoin or any non-sanctioned digital token has much of a future. The real great achievement is the block chain technology and the ability to decentralize financial ledgers and clear transactions without using a financial institution. As for NFTs…I think there will be some use for them down the road when it comes to issuing securities or fractionalizing investments for assets. Right now…not so much unless you like Bored Apes.

Do you mean your Peoples Republic of New York Bonds?

I guess that’s an inside joke…

The sad thing is, I’d bet there are people out there who bought crypto or NFTs and didn’t understand them.

What’s that old saying? A fool and his money are soon parted

Much of the value of Bankman-Fried’s hedge fund, Alameda Research, was composed of crypto tokens that FTX had created itself. From CoinDesk.com: “Alameda’s balance sheet was stuffed with FTX-issued tokens that led to questions about the company’s financial health, eventually snowballing into insolvency.” 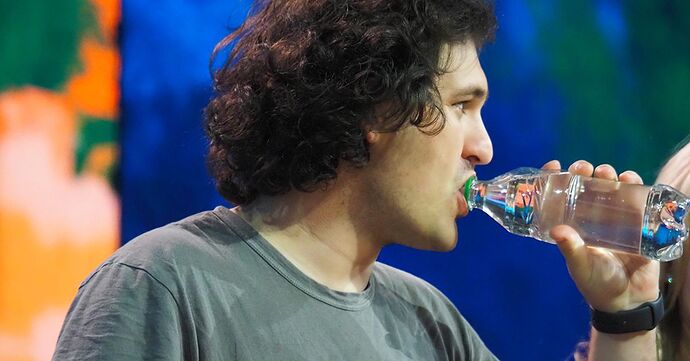 John Ray detailed a litany of management failings at the crypto exchange, which collapsed after revelations about its relationship with its trading arm 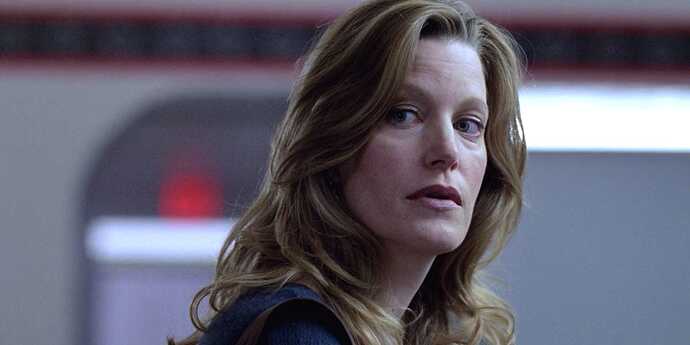 Let me know when Buffet starts investing in it.

Won’t happen, he’s too busy mixing up Margarita’s these days.

I guess it is like going to a casino. The scenrio works out that people think they are going to make lots of money in a short time. But my idea about Bitcoins and NFT, mirrors what PT Barnum said - “There is a sucker born every minute” - Or maybe in modern times, one born every second

“There is a sucker born every minute” - Or maybe in modern times, one born

Yeah, and that doesn’t apply to just financial scams either… a whole lot of intentional ignorance doing around.

It was just like a casino minus the pretty girls bringing you free drinks.

And watered-down ones at that…

Let me know when Buffet starts investing in it.

To be fair…Buffet doesn’t invest in rental property either…and that asset class has likely created the most number of millionaires.

Yeah, and that doesn’t apply to just financial scams either… a whole lot of intentional ignorance doing around.

Yeah, look at the people who forked over money to Smile Defect Club.

Seems like NFTs were pitched to celebrities to issue as a quick money making scheme. I have heard them compared to digital works of art or something. If you are enamored of some rapper, you buy his NFTs.

Seemed a bit lower on the totem pole than Bitcoin and Etherium, but what do I know?

I liken it to trading Monopoly money for those little pegs in the cars in the Game of Life.

Why compare Bitcoin to game peices?

In late 2006, programmer Jed McCaleb thought of building a website for users of the Magic: The Gathering Online tradable card game service, to let them trade “Magic: The Gathering Online” cards like stocks. In July 2010, McCaleb read about bitcoin on Slashdot and decided that the bitcoin community needed an exchange for trading bitcoin and regular currencies. On 18 July, Mt. Gox launched its exchange and price quoting service deploying it on the spare mtgox.com domain name.

In March 2011, McCaleb sold the site to French developer Mark Karpelès who was living in Japan, stating that “to really make mtgox what it has the potential to be would require more time than I have right now. So I’ve decided to pass the torch to someone better able to take the site to the next level”.

So I think honestly, Bitcoin is really just game pieces. Yes, I know it is probably more detailed than that but also keep in mind that with these virtual money products, scammers can hack and lock computers and use bitcoin-type products to receive payment. The products can be difficult to impossible to trace to the purpetrator.