How do You Watch/Listen to the Sports Games You Care About?

Out of curiosity, I wanted to ask how the sports fans here consume the content that their favorite team(s) put out.

Like many people now, I do not have cable or satellite TV and rely on various streaming services to watch the games that I care about it. This has led to me having to be subscribed to Amazon Prime, ESPN+, Paramount+, and NBC’s Peacock service.

I also have SiriusXM and iHeartRadio on my iPhone to listen to the radio broadcast of games that I can’t legally get to stream to my television.

How do you fine folks who care about sports get by? Any tips on saving money and hassle in this arena? 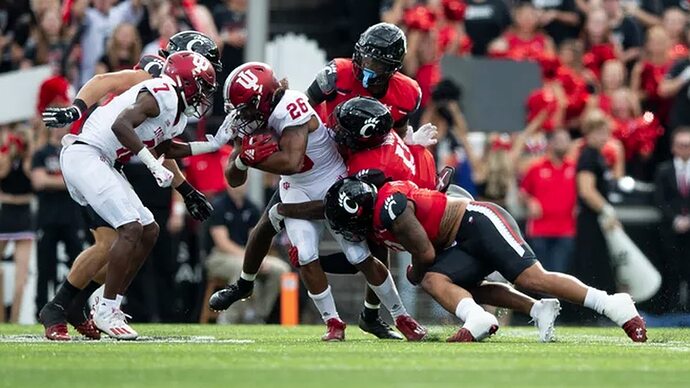 One of the Sling packages has several sports channels. That’s what I use.

I listen to baseball on a Sangean HDR-14 portable HD radio. They broadcast the same audio which goes out over bad sounding AM radio out to FM-HD and the sound there is great. I pipe it to our TV sound bar.

I love listening to baseball on the radio and I’m lucky that my hometown Cincinnati Reds have a radio affiliate (Shoutout to 700WLW) that is powerful enough to reach me on the east coast.

Still wish Marty Brennaman was calling the games, though.

I had a unique situation (don’t I always seem to have a different slant on things?).

In the 70’s I was a DJ at a radio station on the Kentucky/Virginia state line. Known as Appalachia we had coal mines all around and yes, on air we played a combination of Country, Easy and Rock. We even did that ‘swap shop’ where people would call in wanting to sell chickens or swap an old car for something.

The program director came in one day and said that we were now going to carry the Cincinnati Reds games on air, during my shift. I realized that I would be paid for listening to the ball games.

Later in life I had a home satellite dish long before they were popular. I also had an RCA Proscan TV (at that time 35" was a pretty big deal). The satellite dish receiver used discrete left and right channels and I also had the ability to use a rear speaker. By adjusting the audio I was able to completely block out the announcer audio and have only crowd noise behind me.