What Do You Think About the Citi Double Cash Changes? 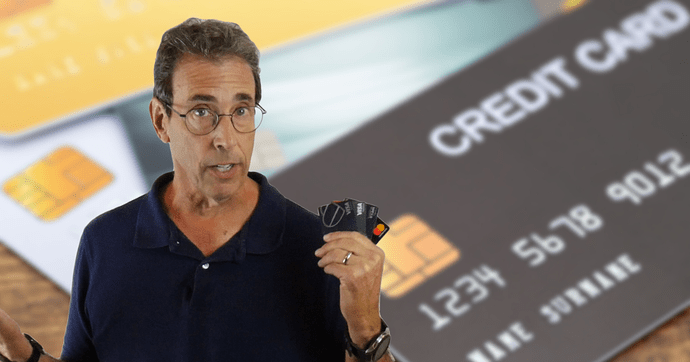 Big Change Coming to One of Clark’s Favorite Credit Cards

If you have the Citi Double Cash credit card in your wallet, be aware that there are changes coming to your rewards program.

I don’t think it’s a big deal. I don’t see how having additional choices is a bad thing or a problem.

I’m with you as far sticking to the cash but some people may actually like to fuss about with the other choices.

It’s the caveat that, “redemption rates may vary” that concerns me. Follow the money, they’re not doing this for nothing.

Remember if you put the cash rewards towards your bill -you only get the one percent. I 'm on auto pay so have it sent to my checking account to get the full 2%.

I’ve never been a fan of cards that don’t let you redeem cash until you have a minimum amount of money to redeem. I believe for this cards it’s $25

I think it is dumb. Since the card will no longer accumulate cash, what will the new name for “Double Cash” be? Hmmm?

Seems to me the Fidelity Visa Signature card is the no-brainer solution to this. You earn 2% cash back on ALL purchases with no annual cash-back earnings cap, and soon after the purchases are made, whether you pay the card off in full or not (not paying it off in full is still ludicrous) and after you rack up $50 or more in cash back reward points, can opt to have that money deposited into a Fidelity IRA, taxable brokerage account, or Cash management (nee mySmartCash) account. Simple and automatic, and there are no reward spending limits other than the overall credit limit on your card of course.

Wells Fargo beats Fidelity on all counts. Minimum redemption is $25, and you can get it direct deposited into any account. Not just at Fidelity. Still get 2% back. I don’t know if there’s an overall limit on total cash back. If there is, I haven’t run up against it yet.

However, I understand Alliant CU has a 2.5% card that I’ll eventually get around to opening. That beats all of these.

Personally, I won’t go anywhere near an institution such as Wells Fargo with all their recent regulatory and internal issues, but to each their own. Fidelity’s brokerage platform is top notch and the Fidelity Visa card is underwritten by Elan Financial which is a division of US Bank, and I have had accounts with US Bank for over 25 years and thus far have been quite satisfied with their overall service. I would however be very interested in learning about this 2.5% cash back option. Curious if there is a membership fee or other hurdles one would have to clear, as many credit unions have membership eligibility requirements that preclude many from joining.

To join Alliant there’s a one time contribution to a charity that’s right in the application. It’s easy. It was five bucks but that was over 20 years ago.

I don’t think it’s a big deal. I don’t see how having additional choices is a bad thing or a problem.

I’m with you as far sticking to the cash but some people may actually like to fuss about with the other choices.

More Options… Just got an Email from Double Cash…

I guess this is fine if you normally patronize these Restaurants… but hardly enough to change your priorities.

@ratbert2k I won’t do business with Wells on principle

I remain a big proponent for the Fidelity 2% cash back Signature Visa card, however I am going to try out the Alliant Cashback Visa Signature Card. Unlike the Fidelity and Citi 2.% cashback cards, Alliant’s card involves some hurdles to earn that extra one-half percent bonus. To get that extra .5%… you have to jump through hoops. And then your 2.5% cash back (assuming you qualify for their “Tier 1” bonus during a statement period), drops to 1.5% if you a) fail to qualify during the previous quarter, or b) spend more than $10K, which I understand is not likely for most people, but still, there are no such concerns with the Fidelity Visa card - it’s 2.0% unlimited with ZERO hoops. But, if I can make it work, then over the course of a year, getting an extra .5% cash back will be worth it. The other thing I find compelling about the Alliant Visa card is that presently, they do not charge any foreign currency exchange fees.

If you’re going to get the Alliant card, plan to leave it mostly dormant for the first couple of months until you qualify for Tier 1 status. No sense in giving up that 0.5% during that time. I wish I had realized at first that Tier 1 takes a little while (though they’ve changed it, so it’s faster than it was).