Washington Examiner: "The welfare state is out of control, new study shows"

What does Clark Howard have to say about the stuff brought up in this article? Let’s not get too political in this thread, please. 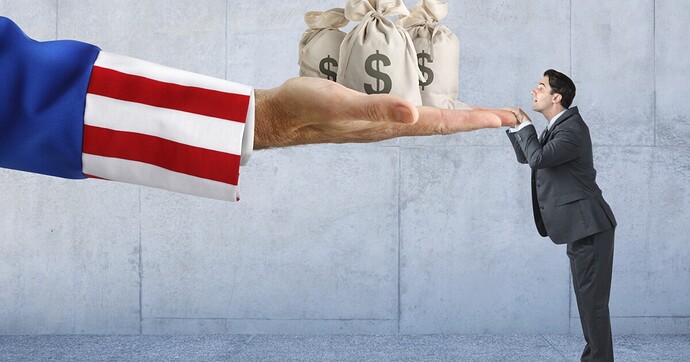 The welfare state is out of control, new study shows

A massive labor shortage continues to hamstring the economy, with millions more empty jobs than unemployed job-seekers. All the while, millions of people remain on the sidelines, with the labor force participation rate significantly below the...

This kinda sums it up:

“In 24 states, languishing on welfare pays better than the typical salary earned by a firefighter, truck driver, or machinist.”

Pay is too low to bring people to work. And if you did away with all welfare benefits, people would be working and still poor… It’s not like “the dignity of work” would fill their grocery baskets, pay for healthcare, pay for retirement, etc. That’s magical thinking, which corporatists love to trot out.

Corporate HR wants people with ten years of experience, an advanced degree, and willing to work for really low wages, and over forty really need not apply. They don’t want to pay, fine, they can cancel those projects.

I’ve seen nothing but this since 2015 in the oil industry.

You’re obviously attempting to troll for a political discussion. A couple of the previous replies have pretty much stifled further comments. Nice try.

Well, geezerpk, there is a reason why this article about Social Security is on Clark Howard’s website.

If you want to know what “Clark Howard has to say” why don’t you call in to the show and ask him…?

Have to laugh at that – the Washington Examiner is a totally conservative outlet, so their articles are biased to confirm that point of view. (I’d say the same if it were liberal).
Do they present any other points of view on the issue?

Your source, The Committee to Unleash Prosperity, is laughable, it’s a supply-side-economics / trickle-down-economy echo chamber. It’s organizers are part of the dark-money, lobbyist-bill-writer plague that has infested our government. It was founded by the founder of ALEC.

ALEC is a corporate bill mill. It is not just a lobby or a front group; it is much more powerful than that. Through ALEC, corporations hand state legislators their wishlists to benefit their bottom line. Corporations fund almost all of ALEC’s operations. They pay for a seat on ALEC task forces where corporate lobbyists and special interest reps vote with elected officials to approve “model” bills. Learn more at the Center for Media and Democracy’s ALECexposed.org, and check out breaking news on our ExposedbyCMD.org site.

Phil Kerpen, a Principal of Committee to Unleash Prosperity, was the vice president of Americans for Prosperity, the right-wing political advocacy group founded by the Koch Brothers in 2003.