Beware of Deliveries You Didn't Order

It’s a scam! If you received packages that you didn’t order, what did you do about it? 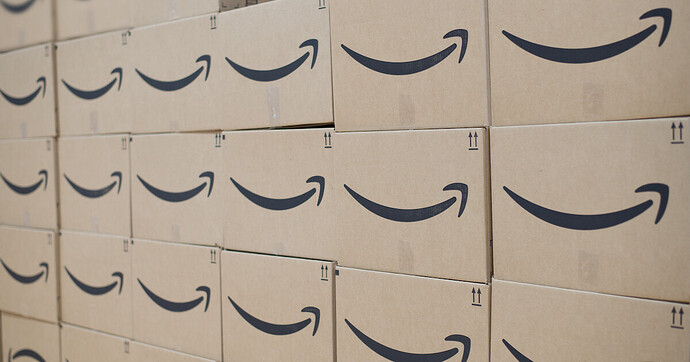 What is Amazon brushing and what are the recommended steps to take if you become a victim of this delivery scam?

I haven’t have any unordered packages sent to me but I did get an offer for a free Amazon gift card if I gave a high rating for something I purchased. I got the offer in the mail. I held onto it to see if I could report it somewhere. I haven’t found anywhere to report it yet.

One of the best ways to check on reviews is to install FakeSpot on your browser. Besides making my own assessments of Amazon reviews, I am presented with a “FakeSPot Analysis” of those reviews. I can also trigger a new analysis if one is out of date. Their algorithm has ways of finding the fakers, including looking at all the things that an account reviews and trends in their reviews. Fakers leave trails. Check it out at www.fakespot.com and install it yourself.

I’ve received 3 unsolicited Amazon packages over the past couple of months. The first, I can’t remember, but the other two were a rechargeable cabinet light, and yesterday (6/20/2022) a king-sized comforter (blanket). The light was delivered by Amazon deliveries and the blanket by UPS. I called Amazon CS both times.They tried to look up the tracking numbers, but both searches were unsuccessful. They advised me to keep the merchandise (gee, thanks!). Nothing shows on my Amazon account, and I haven’t been charged, but I’ve had Amazon CS note on my account that I’ve received unordered items. If I get more freebies, I’ll call them in, as well.

Four years ago we downsized and put the old house up for sale. One day I was back at the old house doing yard work and realized there was two packages on the porch; they were addressed to me. I suspected that a family member had sent them, not having our new address. I opened the packages and found they contained new Apple 7 phones from Sprint, which I had not ordered. I went to a local Sprint store, but they couldn’t help me. I called Sprint and explained the situation; they took my phone number, email address, and new address, then said they would have their crime unit contact me. They never contacted me. I already had good iPhones and had no use for them. I was told by one phone store that they were locked onto Sprint and tied to my name, that if I used them they would charge me for the phones. I gave up and just stashed them in a closet, where they still sit.

I got brushed at two addresses, the most recent time was about a year of endless junk, a few decent things, but a lot of stuff I couldn’t pawn or give away. Initially it was amusing until it wasn’t. It became so overwhelming that I stopped calling Amazon bc inevitably I was told to keep the item.

I became able to tell patterns to the shipments. They’d ramp up a few weeks before a major holiday and Prime Day. I would often see the item as a Lightning Deal or on sale.

Years ago before they changed their review policy I did get free items to review, all those reviews got wiped and I think that’s how I got in the list to brush the first time. The second, stupid me signed up on several Freebie sites to get a “free gift” I free pretty confident that’s how I ended up getting endless packages. It stopped when Covid first hit China. That’s how I knew something was amiss. It actually made me sad, because behind the hundreds of phone cases and wires was a human.

I have a pretty good eye for fake reviews as well as ones that the person got an item for free. But I still make sure to sort by most recent and dig deep. A LOT of sellers pull a switcheroo. they will replace a highly rated item with an entirely different one.

Also, I highly recommend only buying items that are “Fulfilled by Amazon” because if you don’t, you will possibly have difficulty returning

More!
Thanks to a hobby of mine I have been shopping across several sites. You will often find the exact same thing on Walmart, Aliexpress, Groupon, and eBay and for some craft and beauty stuff, Shein. Take advantage of Google Shopping, image search in apps. Walmart like Amazon has third party sellers, so pay attention make sure it’s fulfilled by Walmart. Those bogus reviews are there as well. I must say I have had good luck w Walmart s online customer service.

This has only happened to me once, about 4 or 5 years ago. It was a cheap “disco ball” thing that would shine lights/stars and other garbage on the ceiling. I researched and read they do this and then write as if they were me and give themselves a 5 star review!

So I checked my Amazon account, it didn’t show this item or any reviews that I know I didn’t write. So I have no idea why I got this.