O.K., so I know a bit a bout Solo 401k’s having used one when they first came out. In fact Clark started talking about them and a few of the financial places I talked with had no idea what they were. When I did this before I think there were taxes and can’t remember if I was 59 1/2 at the time or not.

Anyway, here is my situation. I have an IRA and have already taken my RMD for the year and used it for a project. I need to start a project in September,

My big question is, does this movement of the money from an IRA to a 401K cause a tax issue and is there a limit of how much I can transfer from the IRA to the 401K.

I suspect your best bet would be consulting with Fidelity. Just from a cursory look, it seems that transferring funds from a traditional IRA is permitted, but not from a Roth IRA.

How do I fund or transfer retirement dollars to my Solo 401(k)?

You can transfer old traditional IRAs, and any old 401(k) money (traditional OR Roth). You cannot transfer Roth IRAs into a solo 401(k). Contributions must come from self-employment income in the b...

can anyone explain what a solo 401K is?
I have a retirement 401K, Roth IRA and Traditional IRA.
I am retired w/o W2 income, so i cannot contribute…will a solo help with that?

It is a traditional IRA.

I thought about asking Fidelity, however they do say that they don’t offer tax information. I guess whether this is a taxable event is not really ‘tax information’.

If the transaction is permitted, a transfer shouldn’t be taxable because it goes into the Solo 401k pre-tax. Whether you qualify is another question that I can’t answer. Generally you need to be self-employed to qualify (which I suspect you are). As far as I know, all the other rules are the same as any other 401k. However, I only have W-2 income, so haven’t looked into Solo 401k rules too much.

If you haven’t already, read this: 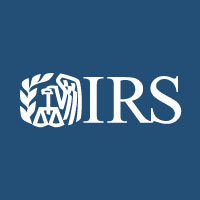 And here’s another good source of info on a Solo 401k: 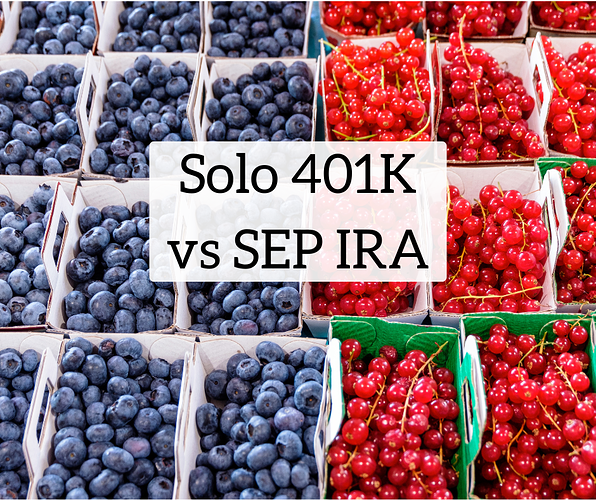 Are Solo 401(k)s better than SEP-IRAs for an independent contractor? Here are the pros and cons of both plans for your small business.

This is the most, direct-to-the-point advice I’ve seen online. It looks to be a green light to this rank amateur.

can anyone explain what a solo 401K is?
I have a retirement 401K, Roth IRA and Traditional IRA.
I am retired w/o W2 income, so i cannot contribute…will a solo help with that?

No ma’am I don’t think the solo will not work for you. It works essentially the way a regular 401-k works, in that it is sponsored by your own (for example a DBA) company. For it to work though, you must “have income” meaning the company and you are drawing [taxable] pay or otherwise profit.

In my example, my company draws money for my labor, from another contractor who sells said labor to the end customer. The solo vehicle works great for the purpose of deferring tax on so-called “income” and your company can “contribute” a bunch. This is not the situation you have. Sorry…

move money from an IRA? a movie quote comes to mind…
“Why would you want a piece of ___ like that, when you have a ride like this?” Breakdown 1997

Got it Lava! Back to your original topic!

That is, are there tax consequences of moving money from IRA to solo 401-K.

The answer is, Possibly! Would not know this if it had not bit me. And how it applies to your more-complex diabolical plan I know not. Leaving that to your bean counter.

The wrinkle comes in because you are of age to require an RMD. I had thunk that 401-k was on equal footing with all other types of deferred accounts but it is not! That is, it has its OWN RMD requirement! Same as the rest, but you cannot take it over there and expect it to count. So if you were expected to take 5K out of the 401k and did not, guess what! I’m here from the government and I’m here to help you. Custodian expected me to not only take it but to have tax withheld!

Anyway, in my simpler situation, it seems easy enough to avoid. Simply roll over most of that 401k to TIRA so its value is trivial on 31 December. Voila!

It turns out that I don’t have to do this now.

Unlike what Clark says, SOME PEOPLE do make money from a class-action suit. I and a few families started a Kona Coffee Farmers Association. Over the years we saw many companys selling a Kona blend and supposed 100% Kona, selling more coffee than could have produced. We brought a class-action suit against the companys involved. Some did no wrong except relied upon the supplier to accurately sell them the product. These companys included Costco, World Market Cost Plus, Marshalls/TJ Max, Amazon, Safeway, Krogers, Albertsons and more totalling over 20 companys. Recently the remaining companys settled. I don’t know the total number of farms involved in the suit but it would have to be under 100.

So we joined the suit and got a payment for lost income due to the fruad. It was based upon the Lanham Act of illegally stating the origin on the contents of the product. We proved it by (drum roll) DNA of the coffee beans. (The Act provides for a national system of trademark registration and protects the owner of a federally registered mark against the use of similar marks if such use is likely to result in consumer confusion, or if the dilution of a famous mark is likely to occur.)

So we received more than a few cents for the suit, which I believe to date totals between $20 and $30 million dollars). The amount each of us received is based upon acerage of coffee trees. I received many thousand dollars after the lawyer fees and so on. The companys will make sure that any product they receive to sell is properly labeld and described.

At least now the public has a better chance of getting what they think they are.buying.

As they say “Yes,Santa Claus, there is a Virginia” (to coin a phrase)

Way cool Mark! First time I have ever heard of a class action that paid anyone but shysters.

Now back to the 401k… In case I have not mentioned:

401k can be a part of a strategy for deferral and even elimination of tax! This process is worth considering for someone who gets in a position of abundance to a level more than needed.

Here is how it works:

Thus your taxable so-called “income” ultimately gets un-taxed because it goes to charity. If you were going to give to charity anyway, it is a sweet deal.