I have an adult family member (my daughter) that is asking me to loan her and her husband some money because they are getting behind on some bills. I am probably going to help them, but I want a signed written loan agreement from them. Would it be better to just make this between my daughter and me or between me and both of them? i have a good relationship with my daughter and not so good with her husband. My question is “If I require both of them to sign it, can I force either one of them to pay it back in the event of default or do I have to take them both to court”.

Don’t do it. If you give them anything make it a gift. Family loans often go bad. I did it I regret it. It’s better if it’s collateralized like you can put a lien on their home.

I think this is a bad idea in general and would never advise you to do it. How are you going to feel when they miss a payment back to you because they took a vacation?

Depending on how much money we are talking…could you attach it to their house as a lien ?

If you do this…and once again its a terrible idea…you must strongly convey this is a ONE TIME act.

You have three choices. First, make it a purely business transaction with well drafted documents that will allow you to later sue them to collect or forgive the loan. If it is a co signed loan, with both parties being liable, either party can be sued to collect. In fact, there is no way you can unilaterally make them repay unless you sue. Second, make the money a gift with no expectation of repayment. Third, don’t give or loan them any money.

Any of these options will affect your relationship with them, probably negatively, and only you can determine what that will be. If I had adult children, my inclination would be a gift or not to do it, largely depending on how I felt they were managing their finances.

“Getting behind on some bills” is code for they are living beyond their means. A loan from you is just enabling them to continue their behavior. The likely outcome is they won’t pay you back. Especially if they perceive you as someone with a lot of resources. As sick as this is the borrowers will often turn the tables and make you out to be the bad guy for asking for the money back.

Either don’t do it or make it a gift (as someone else said). Then when they come to you again for another “loan” you can tell them you bailed them out once and you won’t do it again.

I agree with the above.
My Dad loaned me money to buy a car.
I paid it back.

I did the same with my oldest kid… again no problem.

I did it again with the youngest who was still living at home.
I tended to monitor how he was spending money while missing payments to me, causing a big problem.

How I regret that it was not a gift.

If the OP is not happy with the daughters husband… this is a very big watch out. It can ruin the relationship for many years to come.

I agree with tbe others that this is a bad idea. I would tell them to get a loan from a bank. If they have tried and been turned down, that should tell you something.

“If I require both of them to sign it, can I force either one of them to pay it back in the event of default or do I have to take them both to court”.

Don’t do it. If you cannot part with the money, give it away, or write it off without a 2nd thought it’s a horrible idea. I had a loan with a roommate

But the reason why they might have come to you is because banks feel they will be unable to repay the loan. But there’s no issue if instead of a large loan, you give them a nominal amount they can spend for any reason, maybe $500. If they blow $500 on Vegas, you have to be ok with that

Decades ago I had a good job making decent money. My younger Sister needed money to put a down payment on a house. I gave her the money and she said that she would pay me back. She was working but not making much money. Later I heard that she bought an above-ground pool and had gone on a few driving vacations. I felt a bit miffed but in the end I felt that the amount loaned her was not a great amount and she was working hard.

Later on she asked if I could help my Mom get a newer car. Mom was living with her. I figured since she was taking care of Mom I would help so Mom got a used Taurus.

On occasion my Sister would send some money but not close to what was owed. All through this time, my older Sister never to my knowledge offered any money or help. The older Sister appeared to have money from multiple sources.

So flash forward to now.

We believe the older Sister is mentally ill and should probably be under care. We have little to no interaction with her.

The younger Sister is now here on my farm having built rooms for her family. They help with the farm, we do things that are family things and I know that if I get sick she will take care of me. I have learned many of the issues that kept her from being able to save money.

Although most of my life was spent away from family, it turns out that helping the younger Sister was the correct thing to do. She will inherit the farm and business and the older Sister has been blocked from any money or inheritance.

Family is a two-way street. There are some off streets that lead to despair. There are some roads in rough shape that if you help rebuild them they will become popular and roads to prosperity.

So look at the situation. If they are responsible people loan or give the money and hope for the best. You may not get the money back as cash, but you may make life better for all in the end.

Offer to send their kids to community college if they make a B average. Something of value which requires work but is also a gift.

Don’t do it for all the reasons others have noted.

If you can afford it, GIVE them the money. Loans between family members almost always creates friction and goes bad.

You’ll save yourself and others in your family a lot of hard feelings and sorrow if you write down the following two sentences and keep them handy to refer to whenever the subject comes up.

2, “Occasionally a gift of money is returned in whole or part.”

Rather than offering to loan them the money, offer to help by looking over their budget, and seeing if you can find some ways to tweak that so that they can meet their expenses.

If you have some odd jobs they can do, hire them, and pay after they’ve completed the work.

Offer to babysit part time (if that is an expense).

Give an early Christmas gift of $$$

If you make a loan when there is already distrust, it will change your relationship forever. And if you have other kids, it will affect thoae relationships, too…not only between you and your other kids, but between the siblings. The one asking will feel entitled; their siblings will lose respect for them.

have an adult family member (my daughter) that is asking me to loan her and her husband some money because they are getting behind on some bills.

Why not ask for the bills and then you pay the bills, or at least pay some of the bills. This way you know where the money is going.

I like the idea of reviewing their budget and make some suggestions for tweaking that budget.

I like that! If someone needs money to pay bills they often use the new money for something else.

Part of reviewing bills could be looking at whether there are ways to save on things like utilities: identify and repair leaks, change rate plans, adjust thermostats, use timers for things like water heaters, etc.

Plus if you pay for some else’s healthcare bills it does not count as a gift for tax purposes. Possibly for education as well, not sure.

I send money to relatives all the time and then looked at the caps. I will NEVER have that much money, so a non issue for me. I just have to note it on return.

Plus if you pay for some else’s healthcare bills it does not count as a gift for tax purposes. Possibly for education as well, not sure.

You are correct !!! I have kept this bookmark handy: 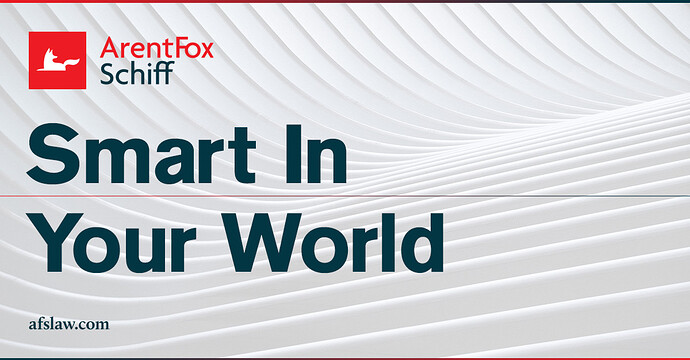 FAQs on the Use of the Gift Tax Medical and Tuition Expense Exclusion |...

Often grandparents or other family members or friends would like to make additional gifts but have already bumped up against their annual gift tax limits.