Makes me feel really old. I was at Everett when the 747 was only a wood and steel mockup.

By Bryan Corliss Dec. 6, 2022, © Leeham News: The final Boeing 747, line No. 1,574, rolls out of Boeing’s Everett factory tonight. The plane was built for Atlas Air, which is scheduled to take delivery in early... Read More

Flying in the upper deck always felt like you were in a small plane all by yourself and never did like working on them. I was always a DC10 man.

I was a A&P mechanic employed at PanAm at JFK airport in New York when the first Jumbo Jets rolled in back in the 60’s. It never failed to amaze me how they got off the ground and flew being as huge as they are. Memories! Awesome aircraft.

I preferred the Lockheed L-1011, not for the plane, but the remarkable Rolls-Royce RB211 engines.

Financially, the Tri-Star was a disaster, but the three spool engine out performed the Pratt JT-9 in every way.

Look at the pic. Relatively smooth and gadget free. If that was a Pratt engine, it would covered with valves, actuators, sensors, springs, servos, etc. 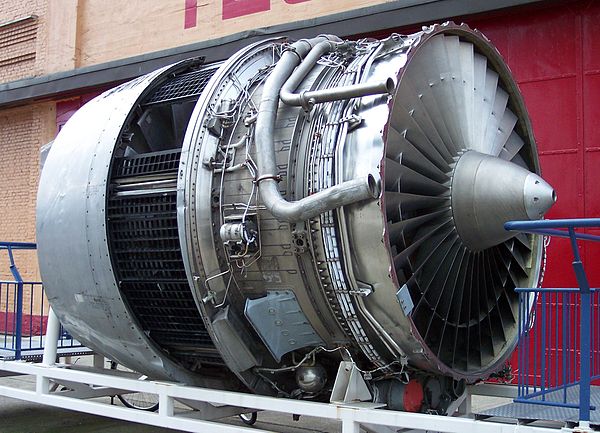 It’s been over 6 years since I retired but our Continental Airlines 757’s had the RB 211 on them. Remember changing the o rings for the radial drive shaft that would leak often and changed several fuel flow governors. Most of the pneumatic valves were in the pylon on the 757 so pylon access to changes them was a small access hole where you could get one hand in. Our 747’s had JT9’s on them, never like working on them either but it was a good motor. I was always a DC10 man with CF6 engines on them, I loved the 10 and didn’t like Boeing Planes.

I had a chance to fly on a 747 two times: once to Europe and once to South America. I also got a chance recently to fly on a brand new A380 overseas. The aviation technology is amazing when you can have something that big fly so smoothly.

I am assuming there are no more passenger 747s in service ? All cargo now ?

The aviation technology is amazing when you can have something that big fly so smoothly.

It’s the physics involved that makes the flight smooth. A light aircraft will give you a real scare when it hits turbulence that you’d never notice in a large passenger jet. I’ve had passengers hit the overhead more than once while going through mountain passes in my Cessna 185

An old airline joke: “The best airliner would be designed by Lockheed, built by Boeing and marketed by McDonald Douglas!”

At TWA the L1011 was beloved by the pilots. The first airliner that could autoland in zero zero conditions. British Airways was deeply involved in this as London was famous for fog that would have planes scurrying for their alternate airports, completely screwing up the routes/connections.

One factor that doomed the L1011 (in my opinion) is only one engine option, the Rolls Royce. Boeing would certify their planes with 2 or 3 engine options. That’s important because companies usually want to stick with the same brand of engines through out their fleet. TWA normally stuck with Pratt and Whitney but made an exception with the L1011.

Another observation. On cold days you knew when an L1011 was starting up as the engines groaned and took a long-ish time to start and emitted huge plumes of smoke/vapor. The joke was: “Oh an L1011’s starting, the whole field’s going IFR!”.

TWA normally stuck with Pratt and Whitney but made an exception with the L1011.

Ohh! That’s before my time! I was hired March 1988. But I flew with Captains who flew the Convair. They said it was fast but drank fuel like crazy!

The variable IGV’s [inlet guide vanes] made it incredibly quick to inputs and almost impervious to stalling.