Are residential subdivision CC&R’s a good thing? … or are they a bad thing?

I’d say generally a good thing. But keep in mind not having an HOA doesn’t mean its the wild wild west. The city I live in doesn’t allow above ground pools, garbage cans must be stored out of sight, no non-running vehicles, RVs, boats can be stored in the open, etc. That’s all with no HOA.

I like the CC&R’s we have in my neighborhood. Just a few rules to insure the area is kept tidy.

Yes our CC&Rs are weak because the place is a mess and unfortunately they’re a lot of renters.

The CC&Rs are mostly for how you paint your house and the type of fence / roof but otherwise is silent. I was wondering if it’s typical for HOAs to stay out of a neighbors dispute or if one is damaging the property of another such as due to poor maintenance if they tend to get involved - aka trees / pipes / roof

Yes I prefer not to live in an HOA because I feel the rules are more about aesthetics than merely to help neighbors get along. It’s also good because I feel like your neighbors are less likely to damage your property when you don’t have attached walls

Depends on what’s important to you. Before I bought my 1st home I’d read so many things from disgruntled HOA members I’d vowed to never buy anything with one. Same with my 2nd home. Both times I researched potential areas, even stalked them to a degree to be satisfied it was a good match. Neither was without issues but each were very isolated. Maybe with age and changing priorities I’ll be open to it with a future home. Definitely a need out there-not every homeowner sees things like others.

I personally hate them. I call the HOA an organized bunch of busy-bodies.

I understand why some people want them in an attempt to keep their home sales price high, however that is not always the case.

In Atlanta I was looking for a house in the 90’s and wanted one where I could put up a satellite dish. One development the neighbor came by when I was looking at a place with my realtor. He was telling me what a great neighborhood it was and how everyone gets along. Seconds later he noticed garbage cans at the street. “I am going to have to let the HOA know that this guy has garbage cans at the street on a non-garbage day”. I immediately left.

My parents and family have been realtors and brokers since the 40’s and never created HOAs or covenants. They never had a purple house, etc. Of course they may have been more conservative times up until recently. In fact, one development Dad built was in Princeton (no covenants) and looks as great now as back in the 50’s.

When I did find a neighborhood I made sure there were no major problems. They had an HOA and some covenants but their actions were only that they could keep me from using the club house, pool and tennis courts. Up went the dish and no one ever complained. I chose a color that blended in with the background. When I went to move. the realtor had me take down the dish as it would restrict my sale. My idea was to have HBO running on the TV while people were looking at the house as the signal from the satellite was equivalent to what the TV studios would have from their own downlink and very clear compared to cable.

Sometimes I really question agents. My friend was going to put up solar panels (that he would buy, not lease) but his agent told him nobody was buying houses with solar panels. I don’t know where he got that info as people were putting them up in record numbers and leasing them. It also was a state with big electric grid issues which could be mitigated with solar panels in use.

I personally hate them. I call the HOA an organized bunch of busy-bodies.

How would you feel if your neighbor put in a go-kart track in his back yard? 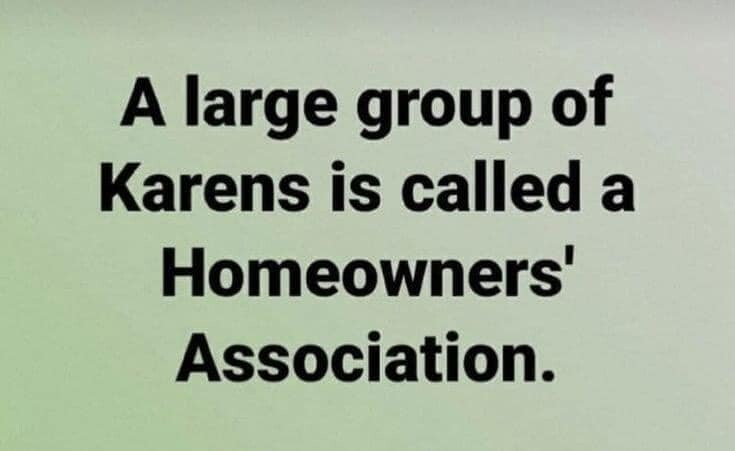 Its the knit picky stuff.
Replace a slightly fogged window like someone can see it from the street without doing an inspection.

I did the stuff they asked several times till a letter came saying to paint my Louvers.
I DO NOT HAVE LOUVERS.

Since then I have been ignoring the crap.
Seems there is no Follow-up. That is good.

Let me add… the same folks have been running the HOA for the last 10 years. Annual Meetings are mostly attended by the those folks… not a lot of participation.

We no longer attend Neighborhood get-to-gethers.

Its the knit picky stuff.

Do you think your HOA situation is part of a larger problem of what appears to be a higher level of divisiveness in our country?

And what would you do if the HOA did take action against you to enforce the CC&Rs?

Do you think your HOA situation is part of a larger problem of what appears to be a higher level of divisiveness in our country?

No, I think it is a group of little Napoleons who want to exercise authority over others.

It is virtually impossible to buy a new home here without an HOA. I understand why Builders want to establish rules.

The problem is instead of dissolving the HOA rules after buildout, they pass it to a group of self important Napoleons.

No, I think it is a group of little Napoleons who want to exercise authority over others.

I think that, in many cases, you are right. HOA’s provide an opportunity for folks with time on their hands to fill a need to control other people.

But… on the other hand, what would you do if the guy next door decides to do something way out of the ordinary, like build a helicopter pad or a motocross track in his backyard? When I lived in Alaska, it was dog lots for sled-dog racers. The noise and smell of a 20-50 dog lot can really be off-putting and detrimental to your home’s value. And the nuisance noise from many activities can be nearly as bad.

Those kinds of things can have a detrimental affect on the value of your home, and could wind up costing you a lot of money.

Before we moved here, we lived in a 1970s subdivision without an HOA.

About twice a year they asked for Volunteers to maintain the front Entrance,. There were no dues and everything was informal.

===
Here, Garbage Collection is Private. At various times we had 3 or 4 Providers seeking our Business.
At the old home, we selected based on price and Collection Day of the week.

Since we often went away for the weekend, I preferred a Tuesday or Wednesday Collection Day.

Here, the HOA demands you use a particular provider. They say to reduce traffic and wear and tear on the streets. This was never an issue.

It is not as though the HOA can control the days that FedEx and UPS come into the subdivision.

Around here, county zoning would control a helicopter pad or racetrack not HOA.

I’d say that’s true in most places, unfortunately it’s not where I live. Around here it’s a case of a small town on the outskirts of a big town and new residential subdivisions are popping up where cornfields were last year. Those small towns provide a great place to live but their city officials didn’t anticipate someone wanting to do things like build racetracks in their backyards. So we are dependant on subdivision CC&Rs to manage to those kinds of challenges to what most people expect to be peaceful and quiet neighborhoods.

The HOA my parents own in is GREAT. They take care of issues and maintain the roads much better than the city. The rule are basic so people rarely get fined. Parents have lived there for almost 30 years.

The last HOA I lived in was a NIGHTMARE. The stupid rules were INSANE…

I work in health care with INSANE hours. I got 9 letters for not taking the bins in by 5pm… When I was on call. I won that one.

I got a warning for parking in the driveway instead of garage . They lost bc my truck is too long to close garage door.

They did not like the window coverings I chose… From the street the only thing that could be visible were white 2’blinds or plantation shutters. I lost that one and got the cheapest blinds I could find and put curtains so I did not have to see.

As a legal injury issue; I recently became aware of something called “assumption of risk.” Some things, like watching a motorcycle race, carry the legal burden of assuming risks of your own personal injury. If you or a member of your family are sitting around watching a go-kart race, and a driver loses control and kills or injures a spectator, the property owner, the driver and the person controlling the racers are probably not liable. Since it is a known dangerous activity, all participants, including casual onlookers, even kids, assume the risks. 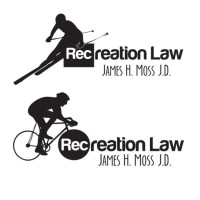 Answering your question must begin with the premise that everyone contemplating the purchase of property subject to CC&R’s AND Bylaws will read those documents cover to cover. Most people don’t take the time to read them and only learn the details when their HOA board (or management company) calls them out on a violation, however major or minor. Please read all controlling documents because a court will assume, when you accepted the deed to the property, that you read them.

After reading the documents, you should have determined what you agree or disagree with and then decide if you are willing to live under their conditions. It’s a matter of choice. I may find the terms acceptable but the next person may not. That’s the best answer to your question.

In most states CC&Rs fall under contract law. And most real estate purchase contracts state that a buyer has read and agrees to the CC&Rs.

So the purchase contract binds you to the requirements imposed by the CC&Rs which are part of the acceptance of title. If you hold title to the subject property the CC&Rs are in fact a contract you have already accepted.

In most states CC&Rs fall under contract law. And most real estate purchase contracts state that a buyer has read and agrees to the CC&Rs.

CCRs are part of real estate law. If the CCRs are recorded in a property’s chain of title, and one buys that property, the buyer is deemed to be aware of and subject to the CCRs. That’s the importance of title searches and/or title insurance, as CCRs should turn up there. The signature you mention is most likely an attempt to protect the realtor, and maybe the seller, for some future claim of failure to disclose. I question the value of it, as the CCRs would still apply. Many states required disclosure forms require disclosure of HOAs and CCRs.