Clark - everyone should have a dash cam 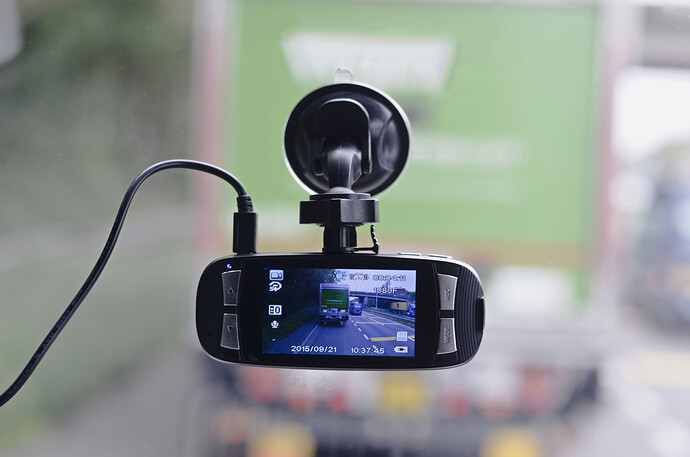 Clark's take: Why everyone should have a dash cam

Money expert Clark Howard is a big proponent of everyone having a dash cam for various reasons that could make a big impact on your wallet.

Can someone point me to a decent and inexpensive dash cam? I see a ton on eBay but have no way to know which ones are any good. Do they need to point fore and aft to video the car behind rear-ending you? I hate running wires, can I just Velcro mount it, use an internal rechargeable battery for power, and take it with me after the drive? Are there such units?

Personal experiences after 10 years. I added one after a ‘sideswipe’ incident a decade ago, and the other driver said it was my fault. A typical ‘he said/he said’ dilemma. Agent said I should have a dashcam, so bought one.

Beware of your state’s rules. In Cal, nothing can be attached to the windshield, so those cams that attach to the rearview mirror work fine.

I mounted mine on top of the dash, in the center, away from obstructing the driver’s view. I tried velcro and that worked – once. When pulling the cam off, velcro held–but the sticky tape did not. So the stickiness degraded and would not stick again. Not recommended.

Now, rear view cams are an entirely diff issue. I would love to have one as I cannot look over my shoulder so I’ve looked into this. I don’t want to run wires either, so decided an auto stereo shop could run the wires,

They do this all day long, but now the cost increases. I did buy a wireless model [and spent too much, but getting power to the device is a problem. They figure you want a back up cam. No, I want a full time camera, but there is no circuit in the back of the car with a hot 12VDC.

Got too complicated so that expensive wireless camera is in a drawer.

For the record, I have a Mobius Pro, which was designed for drones and is very small and lite. But there are many models around.

I mounted mine on top of the dash, in the center, away from obstructing the driver’s view. I tried velcro and that worked – once. When pulling the cam off, velcro held–but the sticky tape did not. So the stickiness degraded and would not stick again. Not recommended.

Pertaining to using Velcro, I have a small digital clock that I attatched to the Dash with velcro.

Had the same problem, with the sticky part letting loose after a while. Can purchase this at a Hardware store. It will withstand the hot temps inside a car.

I got one after a Walmart parking lot accident and have never had an accident yet.

I did record traffic light involving three other vehicles and I gave a copy to the police as evidence.

I bought mine at Best Buy and it is a Garman, sits on the dash to the left of the driver, does not block my view and is wired into the cigarettes lighter port.

wired into the cigarettes lighter port.

That’s the most common. No extra wiring needed.

Cost for that Garmin? Good brand

I would just go to Best Buy and see what they currently have.

Garman is a good brand.

I’ve been looking at dashcams. Many seem to connect to your phone’s WiFi or data, but I don’t have an unlimited plan! Also, if you have no cell signal, does that mean the dashcam is useless?
I thought they just recorded onto memory cards, but so many seem to be interfaced with phones.

I put one in both of my kids cars…I think Apeman was the brand. I had done a little due diligence on finding the best budget dash cam and that’s what I came up with. I feel like the purchase price was around $50 or $60 at the time. Here would be my important features to look for:

How long of a continuous loop does it store?

That was a major issue with my Mobius noted above. They are made for drones and model airplanes so default to capture video until full.

I had to reset the camera settings to loop, and film over the oldest video. The instructions are tricky and had to figure it our myself.

I have a Garmin DashCam Mini 2. It is very small and has no screen as viewing is done by an app. You open the app and it connects via a wifi connection that the camera provides.

If I have a gforce event or push a button on the camera to save a video it will save a 30sec video… 15 seconds prior plus 15 sec after.

Even if you don’t have an event or push the button the camera is always recording in 1 minute mp4 files. So I often just pop the microsd card out and view it on my Win10 PC at home.

The cost can increase depending on the microsd card size, I opted for the largest compatible of 512G. I drive about 10-15 miles per day and get about 2.5 months of recording. The camera will automatically record over the oldest recording when it needs more room.

Keep in mind a dashcam can also work against you. It has made me a better driver but keep in mind evidence is evidence and LE will most certainly obtain a warrant for your dash cam and a separate warrant for the recordings on it if you are involved in a serious event. The Garmin Mini 2 does not record speed and audio recording can be turned off and on without interrupting video recording.

There is a learning curve to the camera and app but for the most part I don’t do anything and have forgotten I even have it.

If there is an event when I get home and pull into the garage the video is automatically uploaded to the Gamin Vault (servers) via my home wifi. I get a notification and can download it to my cell phone or share it with others. It will remain on their servers for 24hours. There is no cost for this and no monthly fee unless you want it to stay on their server longer. But why? Just save it yourself.

I have a Garmin DashCam Mini 2. It is very small and has no screen as viewing is done by an app. You open the app and it connects via a wifi connection that the camera provides.

Bill does it record front and rear? I’ve been rear-ended twice and hit in the front once therefore I think F and R are equally important.

I went almost thirty years with no crashes, then in the last ten years two distracted Millennials and one distracted Boomer have hit me. The tell was these were all after the advent of the smart phone. One had no insurance.

billinin
I’ve been trying to wrap my brain around the app and WiFi that I see for a number of dashcam models.
You’re saying that the dashcam has its own WiFi? I thought it worked off of your phone’s data.
My concern is that I don’t have an unlimited data plan, and if I’m in a cell dead zone, would it work.
So that’s really interesting, if the dashcam has its own WiFi.

phones + cars = scary.
In 2013, I was hit when a driver with the phone in her face, ran a stop sign.
Of course, she denied being on her phone, but I saw it as she was coming right at me.
Cop said we can’t prove it, though she was definitely at fault.
I remember thinking - she didn’t see me in my car, what if I had been on my bike? It’s only recently I’ve started bike riding again!

But that’s why I’m looking at a dashcam, like you are.

Lots of little devices have a local little Wifi onboard just so that you can conect to them and configure them, or get data in or out of them, so you don’t have to plug in a cable, so they don’t need a display or keyboard or mouse jacks. It’s very common.

Thank you! I never knew that!

And if not Wifi, then Bluetooth can do the same thing

Bill does it record front and rear?

No, but you can purchase another camera for the rear as the app will support four cameras.