Could this be done better? Does it even make sense?

A single winning ticket for a Mega Millions lottery jackpot of at least $1.35 billion, the second largest jackpot in U.S. history, was sold in Maine, lottery organizers said Saturday.

No Doubt this is life changing… but for many folks so would 1 Million and for most folks 10 million.

Would 130 Ten Million Dollar Winners be an improvement?

OK less sexy? Of course less taxes would be collected… is that really the goal?

Granted you could do a lot of good with this amount… but History shows most is spent stupidly.

I get enough call to give to everything from the Police to Vets to Abortion (either for or against). Can you imagine the calls if you won over a Billion?

Would you like to be the winner of a Billion. I would gladly be one of 130 winning 10 Million.

It’s never been about making people’s lives better. At least not the lives of the people buying lottery tickets. If a 1.3 billion (but actually more like 300 million) jackpot sells more tickets, that’s all the organizers care about. 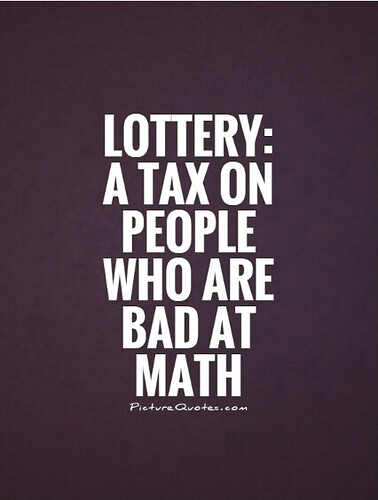